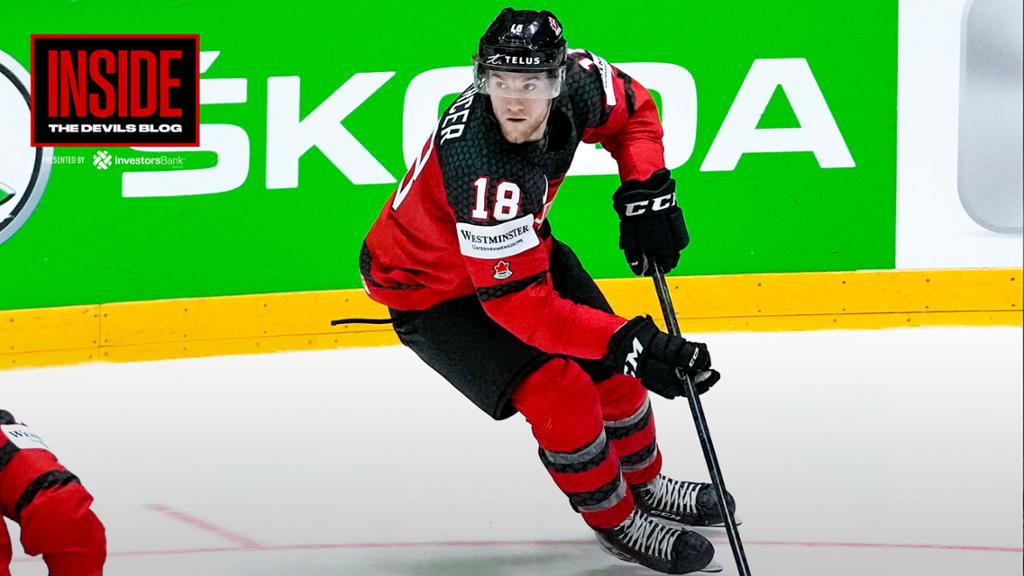 It was the day of the IIHF World Men’s Championship semi-final with the United States against Finland and Canada against Czech Republic. For coverage of Thursday’s quarter-finals, Click here.

It was a back-and-forth battle between the United States and Finland in the first semi-final game of the day; however, the host nation’s four goals secured victory and a berth in the gold medal game. The teams traded goals in the first period; however, a two-goal second period helped Finland take a 3-2 lead in 40 minutes. Finland added a fourth goal early in the third period to make it 4-2, a lead that lasted until the final three minutes of the game. Adam Gaudette’s goal with 2:51 left in the game reduced the game to one, but the USA failed to tie.

Devils prospect Luke Hughes played 22:28 in the loss and recorded two shots on net. Devils goaltender Jon Gillies did not dress for the semi-final.

Next: The United States will face Czechia in the bronze medal game on Sunday starting at 8:20 a.m. ET.

Czechia may have started the scoring; however, after David Krejci’s opening goal, it was all Canada. Dylan Cozens had two goals to pace his team, Adam Lowry, Kent Johnson, Matt Barzal and Cole Sillinger all adding one.

Devils rookie Dawson Mercer had an assist in the semifinal, his fifth of the tournament. In the win, Mercer went 11:43 and had two shots on goal.

Devils defenseman Damon Severson played 17:51 and was +2 in the game. Devils defenseman Ryan Graves had four shots on goal and scored +1. Graves played 18:43 in the semifinals. With Saturday’s win, all three of Canada’s Devils players will medal at the Men’s Worlds.

Next: Canada takes on hosts Finland in the gold medal game on Sunday. The game starts at 1:20 p.m. ET.

News Blog, May 31; New hope for the Mooroopna hospital site, leadership changes for the Coalition