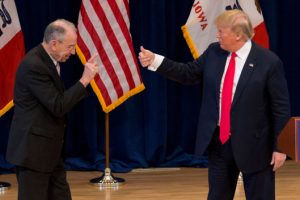 What was Grassley’s part in the January 6 insurrection?

Isn’t one of these guys trying to divide the country with his “big lie”?

Chuck Grassley was the party’s first politician, the last politician in the country at least in this century. From his work to kill Obamacare or at least render it ineffective to his undermining the spirit of the constitution by stopping President Obama’s nominee for the Supreme Court to his current embrace of the previous President and that President’s BIG LIE.

As more and more information comes out about some members of Congress deeply involved in activities leading up to the January 6 insurrection, Grassley’s January 5, 2021 statement continues to raise questions.

Sen. Chuck Grassley, R-Iowa, said he would chair the U.S. Senate debate on disputes over the 2020 election results if Vice President Mike Pence does not show up.

He suggested that Pence was not supposed to be present, but Grassley staff later said that was a “misinterpretation” and that Pence had to be there.

On Wednesday, Congress will meet to officially count the Electoral College votes after they were certified by the states last month. At least 12 GOP senators and dozens of House Republicans say they intend to oppose the Electoral College results as those votes are read, state by state, in a joint session that begins at noon CT Wednesday.

In an exchange with reporters on Tuesday, Grassley was asked how he plans to vote.

“Well, first of all, I’ll be – if the vice president isn’t here and we don’t expect him to be here, I’ll be presiding over the Senate,” according to a transcript of his remarks sent by a spokesperson . (Bolding mine-Ed.)

Grassley is the president pro tempore of the Senate and will preside over any part of the debate in which Pence does not participate. But Grassley expects Pence to attend on Wednesday, according to his spokesperson.

President Donald Trump continued to claim he won the November 2020 election, leading historic numbers of Republicans in the House and Senate to say they would vote to reject the election results, according to USA Today.”

So was this a genuine inaccuracy or did Grassley blurt out that he knew something might happen to Pence the next day and that he (Grassley) might be put on duty to lead the counting of the electoral vote.

The press seems to have taken Grassley at his word and, as far as I can tell, does little follow-up on it. Getting a direct answer from first-party Grassley is difficult at the best of times. When this case is a year and four months old, and given Grassley’s age, it would be really hard to get a straight answer now.

Still, someone should pursue him. We have seen time and time again over the past few weeks that rumors of congressional involvement have come to light. We saw that Senator Mike Lee was involved in the cover-up. We have seen that House Minority Leader Kevin McCarthy is now trying to cover up Trump’s involvement.

It wouldn’t be at all surprising if Grassley had prior knowledge of the events to come that week. To prevent future attacks, Americans need to know which insiders were involved and how they were involved. It is vital to keep our democracy.