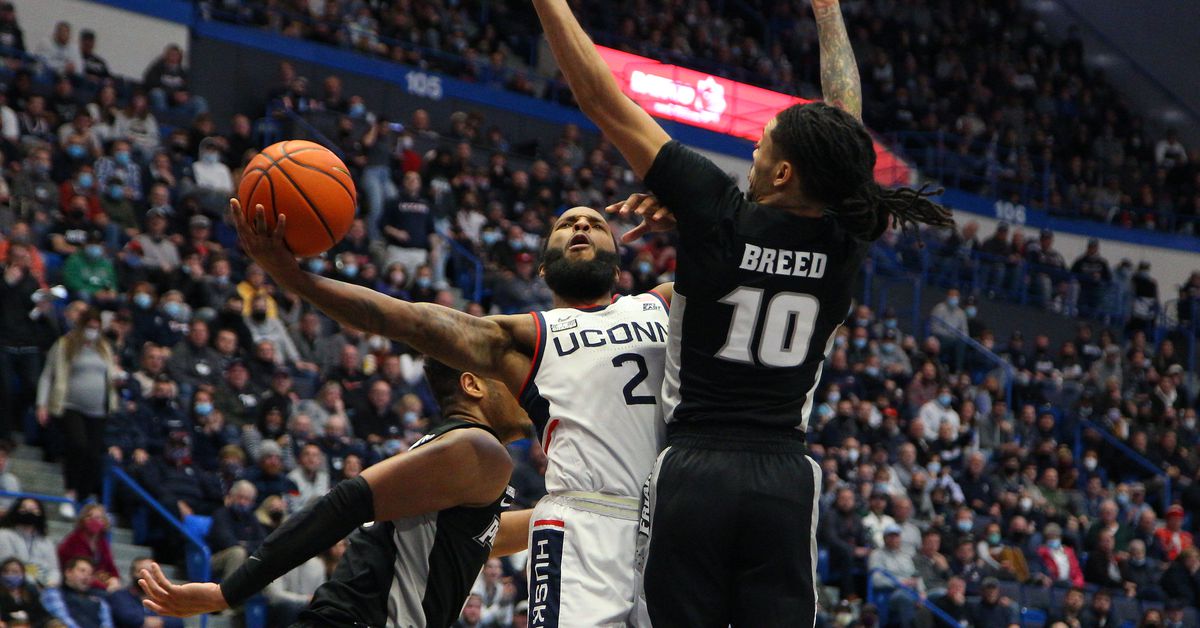 In their first home conference game with fans since joining the Big East, the UConn Huskies performed poorly in a 57-53 loss to Providence to drop to 9-3.

The Friars rose to double digits for most of the game as the Huskies struggled all day offensively, even though they benefited from Tyrese Martin’s return with a left wrist injury. UConn finished a dismal 8-29 (28%) on three, 31% on the field and 7-13 (57%) on the free throw line while committing nine turnovers. Injured striker Adama Sanogo did not play.

Akok Akok and Isaiah Whaley started the XL Center crowd early with a few blocks that quickly led to points on the other end, but UConn didn’t find enough good looks in the first half, succumbing to the defense aggressive providence.

Dan Hurley’s side endured a horrific eight-minute scoreless streak on the pitch, but led 21-20 with three minutes left in the first half thanks to the scoring abilities of Martin, Whaley and RJ Cole. However, UConn collapsed in the final minutes of the frame, as AJ Reeves caught fire and continued to pour it. The Friars took an 11-point lead in the break.

The second half saw the same as Providence looked to be on the verge of collapsing, bringing the deficit to 16 with 10:41 to go. But then two Andre Jackson three and a Cole and one brought UConn back within earshot and the Huskies continued to hang around. However, Providence seemed to have an answer whenever UConn threatened to draw closer.

A technical foul on the PC ended the Huskies’ life and they rode an 8-0 run, closing in on two after a Tyler Polley three. But Cole missed a layup and Martin missed a three on the rebound, and they also missed four free throws in the downturn.

UConn had a chance to win this one but instead got the result it deserved. The offense was far too sloppy and ultimately was the downfall of the team. They looked better in the second half but couldn’t get enough to fall.

Cole led the Huskies with 16 points and eight assists while Martin added 15 and Whaley had 10. No one else was in double digits. Polley missed his six field goal attempts, all three, before hitting all three which reduced PC’s lead to two.

Jalen Gaffney had an evening off with three turnovers and Akok only played 16 minutes as he looked to be making up the difference. Hurley only used three guys on the bench besides Jackson and Polley, and it was Jordan Hawkins, the first-year winger and the shooting threat who recorded 11 minutes. The Huskies bench only managed one field goal and four points.

Then UConn will visit Marquette on Tuesday, December 21. The game will air on FS1 at 9 p.m. ET. The Huskies’ coaching staff must be hopeful that Sanogo will be back by then, as his presence has been greatly missed.