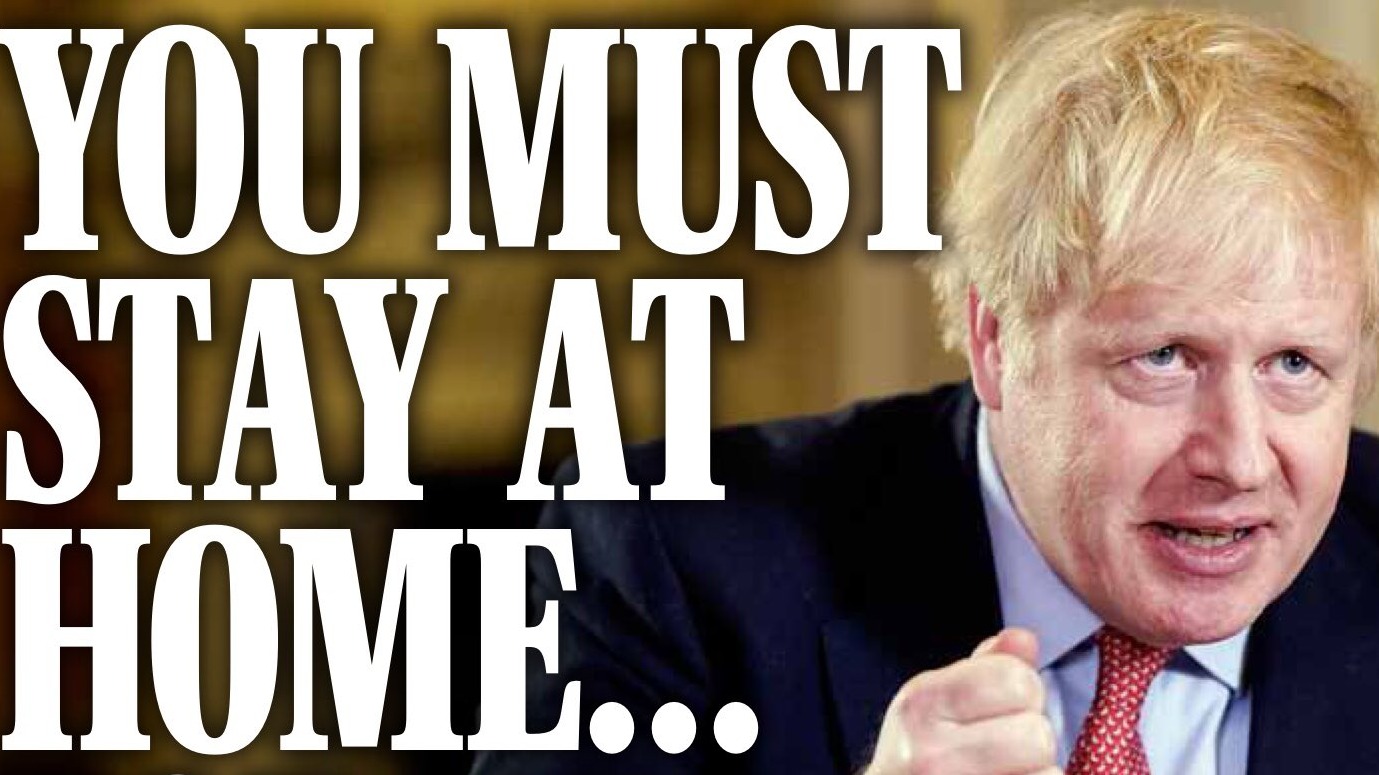 New measures to limit the spread of the coronavirus make headlines on Tuesday.

the Daily Express asks people to isolate themselves “for the good of all of us” and the I reports that people have been urged to “stay indoors”.

The daily telegraph proclaims that it is the “end of freedom”, the Daily Mirror quotes the prime minister as saying “many more will die” from Covid-19, and The independent lists the containment measures.

The temperature leads on the latest measures against the virus with a column that says of Mr Johnson’s speech to the country: “The absence of melodrama, paradoxically, made it all the more striking and urgent.”

“Your country needs you… Daily Star, while also pointing to a story about “Falcon Hell for Psychopathic Gulls”.

The measures were announced because people were not staying at home, which resulted in crowded scenes on the London Underground where it was “hard to find the gap”, Metro said.

the Financial Time covers the latest pandemic measures, and reports that the acquittal of former Scottish Prime Minister Alex Salmond on 13 charges of sex offenses was “likely to widen the divisions of the SNP”.