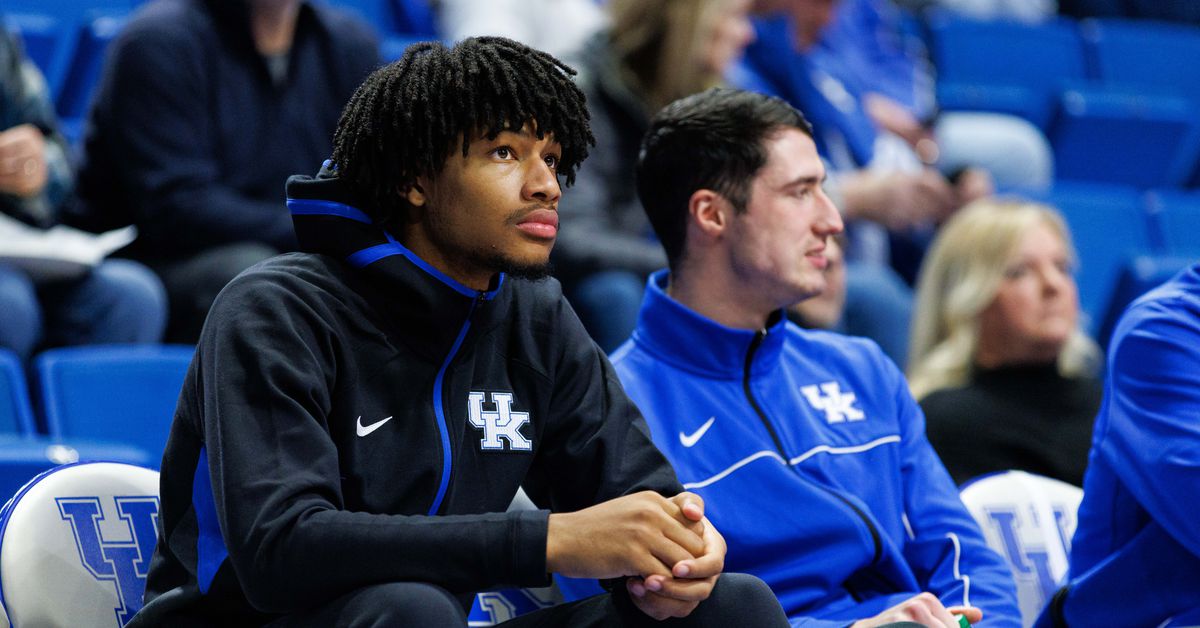 Kentucky’s basketball program and its fans won’t have to hold their breath any longer. Sunday before midnight is the deadline for college basketball players to enter their names in the NBA draft. National Player of the Year Oscar Tshiebwe and former No. 1 rookie Shaedon Sharpe haven’t made it yet, as it looks like they’re waiting until the very last minute to make up their minds.

Before the 11:59 p.m. Sunday deadline, I expect Shaedon Sharpe to post something saying he’s officially testing the waters of the NBA draft. It’s a bit odd that he waited this long, but if the delay has given people hope for an “I’m back” decision without a test, it’s not happening.

While the two could “eventually” announce an immediate return, it’s likely that at least Sharpe otherwise both players will declare for the draft to “test the waters”. Even if the two declare themselves for the draft, they will have the option of returning to Kentucky by not signing with an agent and removing their names before June 1.

Many Kentucky insiders believe Tshiebwe will either announce an immediate return or test the waters and then see that returning to Kentucky is a better situation than likely being a second-round pick. For Sharpe, however, it’s a whole different story.

Tshiebwe has built an unbreakable connection with Kentucky and its fans throughout the past season as well as in the final month of Kentucky’s offseason. Sharpe was mostly out of sight and never set foot on the hardwood for the Wildcats. His emotional ties aren’t as good with Kentucky, and his draft stock is much higher. While The Athletic’s Kyle Tucker reports that Sharpe is still signed up for classes in Kentucky, it wouldn’t be surprising to see him in the NBA this fall.

Both players will announce their decision by this Sunday at 11:59 p.m. Until then, all anyone can do is wait.

Tyrese Maxey is off to a great start to the playoffs.

Glad to see they get the respect they deserve.

He’s in line for a huge season at Wideout.

I hope to see him get drafted or signed as an UDFA.

I love hearing that.

Must depend on Oscar and/or Sharpe returning.

Injuries seem to be the only factor holding him back.

Golden State is getting scary again.

But will he ever get the chance?