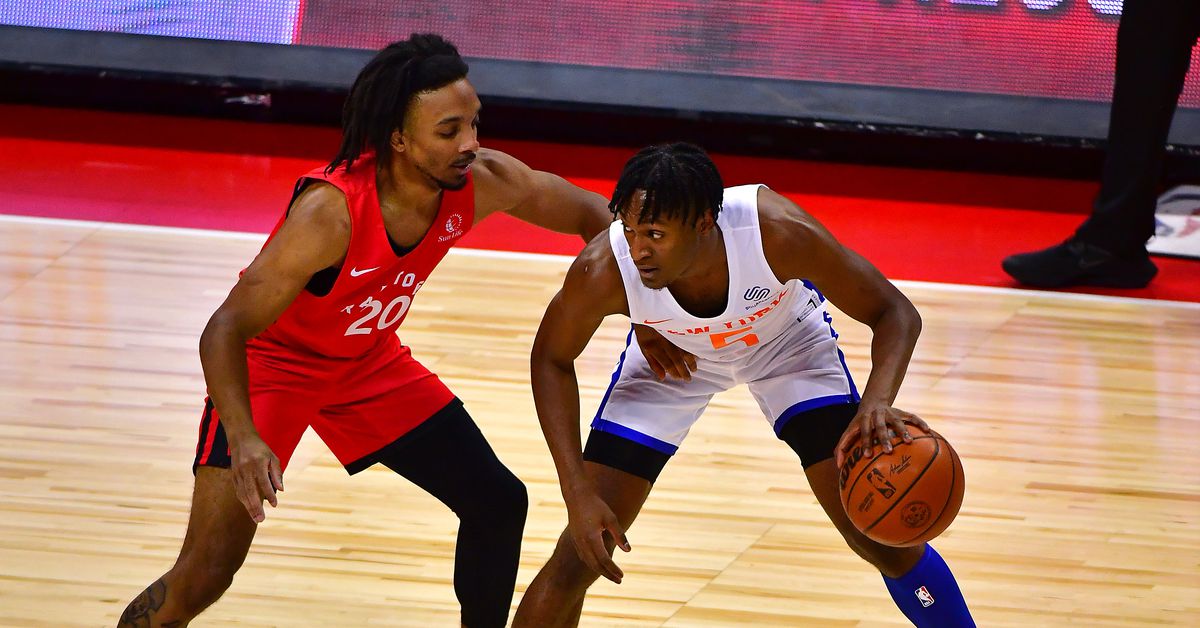 The NBA Summer League is well underway, and several former Kentucky Wildcats are showing up and casting for the final spots on the NBA rosters — some of them even title contenders.

A former Wildcat who already has a place on the New York Knicks is Immanuel Quickley, who posted 32 points on 11-21 shots from the floor while delivering eight assists in the Knicks’ win over the Pacers. While his NBA playoff run with the Knicks was cut short by Trae Young and company last season, there’s so much ahead of Quickley and the up-and-coming Knicks.

Staying on the East Coast, Tyrese Maxey set up 21 points, five rebounds, four assists and three steals for the Philadelphia 76ers in a win over the Mavericks. With Ben Simmons probably out the door and real point guards who can play both sides do not growing on trees, Maxey will likely see a significant increase in playing time, as well as team responsibilities.

A much more seasoned NBA veteran and former Wildcat, Brandon Knight, made his appearance in this year’s summer league for the NBA title contender against the Brooklyn Nets. Although it was a little rusty (9 points on 2-9 shooting), it’s good to see Knight back in action and competing for a spot on a strong-cap team.

Such a special moment.

This is the mentality you want to see.

The oldest team in *league history…

Why does this also seem like a good deal for the team?

The hard knocks are back.