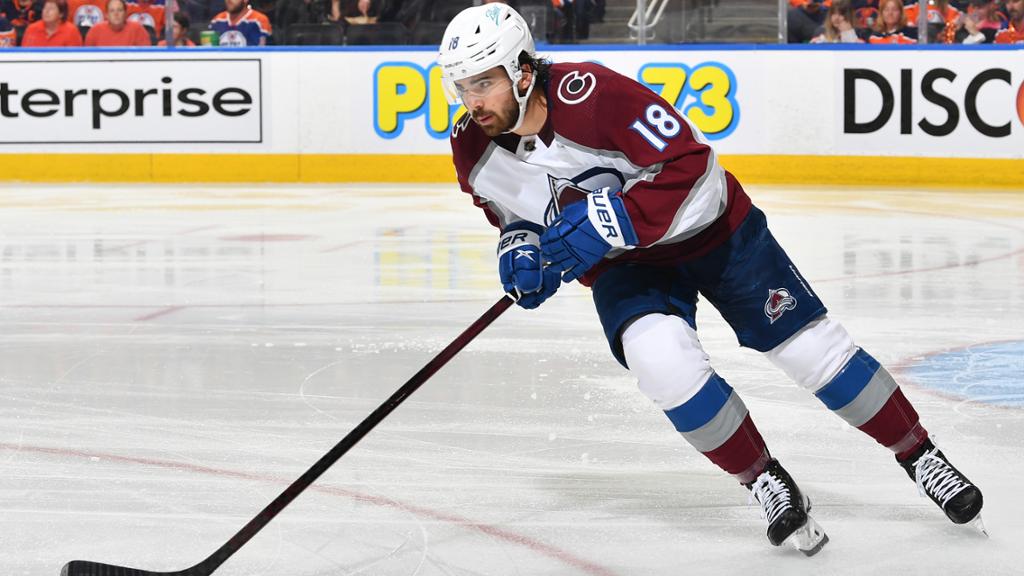 Colorado Avalanche forward Alex Newhook will maintain its own blog throughout the 2022 Stanley Cup Final against the Tampa Bay Lightning. He will tune in regularly with backstage access.

In the first entry, Newhook talks about the build-up to the Cup final, which begins with Game 1 of the best-of-7 series at the Ball Arena on Wednesday (8 p.m. ET; ESPN+, ABC, SN, CBC, TVAS ) . Newhook, who appeared in every game of the Edmonton Oilers’ Western Conference Finals, spoke about Stanley Cup Media Day on Tuesday, the opportunity that awaits him and the Avalanche, and his journey to hockey’s biggest stage from his hometown of St. John’s, Newfoundland. He appeared in six of the Avalanche’s 14 playoff games and had two assists.

It’s pretty cool to be here. Look at this room where they are having a media day, so many people, all these photos of the players who have already won the Cup, all the media, all the attention. It’s what everyone dreams of, getting to this point. Obviously we are so close, but the job is not done.

When you get closer to that, it’s a little harder to stay focused, but I think all those guys depicted on those banners that won it stayed focused. They stayed focused on the job at hand, and I think you’ll only get there if you have that mindset.

All that free time between games, an eight-day layoff, I think has been good. We’ve all had that conversation between rust and rest, but we made the most of our free time. We trained hard, we stayed focused, we stayed connected and we did a lot to be and stay ready and get the most out of the rest. I think we’re refreshed going into this series and it’s going to be huge.

My mom, dad, sister, and grandma are coming to Denver tomorrow. I am delighted to share this with them. They have done so much to get me to this point. Having them around is going to be pretty special. Everyone leaves from Newfoundland. It’s a long trip but they’ll all be there, so it’ll be pretty cool.

And it’s been such a long journey for me in my hockey career to get to this — St. John’s, junior hockey in Ontario and BC, then Boston to go to Boston College, and now Denver — – I learned a lot and was very lucky to be in great places. Each spot has been a piece of the puzzle to get me here and a piece of my development as a person and a player. I have to thank everyone for my journey and for getting me to this point.

With all the free time between beating the Oilers and now, I spent some time reflecting on the journey to get here. It’s definitely been a good time to reflect on everything that’s happened in my career to get to this point and how lucky I am to be here. At the same time, it would mean a lot more if we could win this thing, so I’m trying to stay focused.

For me, the playoffs have sometimes been a challenge. Not playing in the first six games, against the Minnesota Wild in the first round, was tough. I think it was up to a month without playing. After playing so many games in the regular season, you want to get involved at this time of year. I just tried to stay ready, I tried to do everything I could, on the ice, off the ice, mentally, I just tried to stay there. I knew my time would come and it happened recently. I tried to make the most of it and help this team and I think I’ve done a good job so far.

Playoff hockey is fast. It’s a different beast than the regular season. But, at the end of the day, it’s still hockey. I’ve played it all my life and we’ve played a lot of it throughout the season.

I remember the Stanley Cup that came to Newfoundland when Daniel Cleary won it with the Detroit Red Wings in 2008 and it’s been something I’ve dreamed of ever since. Watching him and Michael Ryder, with the Boston Bruins in 2011, bring home that cup, I’m honored to be here as one of the few Newfoundlanders to have made it this far.

I’m just going to do whatever I can to take that next step and bring her home. These guys have done it before and they’ve paved the way for other Newfoundlanders.

Weather Blog: What is a Threat Day? | Time