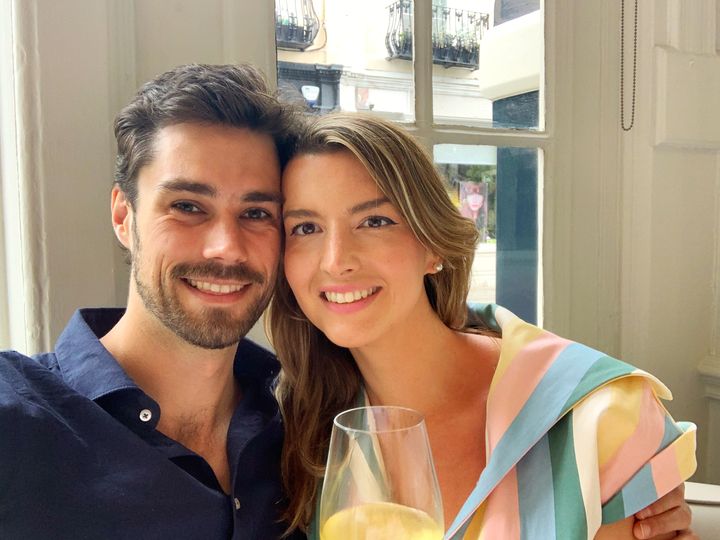 Friends and family of a woman who died in July following a brain tumor diagnosis earlier this year have raised £50,000.

Charlotte Nicol, 32, died 13 weeks after her diagnosis and 7 seven months after her wedding day.

Her husband James Nicol donated to Cancer Research UK in memory of his wife.

Charlotte grew up in Leyland and started traveling when she was 20. She spent time in Australia, then moved to New Zealand, where she met James, from Aukland in 2016. The couple got engaged in 2019 and moved back to the UK, living in London.

Shortly after her diagnosis in early April, Charlotte decided to set up a Go Fund Me page under the name Zero Sense of Tumor to benefit Cancer Research UK. Contributions from friends, family and colleagues poured in and the £50,000 goal was reached shortly after his death.

James said: “Charlotte was incredibly kind and caring and spent much of her free time helping others. She started the Go Fund Me page from her hospital bed the day after her first brain operation, she just felt she had to do something.

“And Charlotte was adamant that any money donated would be used for research and treatments for all cancers, not just brain tumors which are relatively rare, she wanted the money to help as many people as possible.

“We got married in December in a small ceremony in Antigua. International travel restrictions had made it difficult to plan anything, so we just said, ‘why not?’ And I just went and did it. , just the two of us, and it was great.

“We hadn’t been married long when we both had Covid. Then we got over it and Charlotte continued to have headaches and we just put it down to long covid for a while.

“She was still functioning brilliantly at this stage, just a headache which eventually got worse. Initially her GP said it might have been due to stress and being calm. Then it all happened stupidly fast.

“Charlotte was diagnosed on April 5th, it was a Tuesday, within a day she suddenly started feeling really dizzy and seeing lights and then tripping and she had this numbness all the way through on one side of her body and she couldn’t ‘I can’t.

A scan revealed a tumor the “size of an orange” and Charlotte was diagnosed with grade four astrocytoma. Within six weeks, she underwent five brain operations, including a craniotomy – during which she had to be awake – which removed 95% of the tumour.

But as she was due to start radiation and chemotherapy treatment in June a scan showed that the tumor had grown back significantly.

James added: ‘We went from a 12 month treatment plan to one that would be the shortest course of extreme radiotherapy possible, to another plan where all we could do was try to maximize the Charlotte’s quality of life, all in a few days.

“From there, Charlotte didn’t want to continue the treatment because it was only prolonging life in a way that was incompatible with her values ​​and her way of living and enjoying life. When they did the biopsy, they said the tumor would likely have grown slowly for years.

Read more: UCLan recognized for its promotion of physics with an award

Charlotte held her own funeral and said goodbye to loved ones before she died three weeks later on July 7 at the Marie Curie Hospice in Hampstead, near her and James’s home.

James said: “I can’t do anything to change what happened, but it’s something I can do. I hope as many people as possible see the Go Fund Me page and continue to donate, even if they can, every penny counts to help research for everyone affected by cancer.

Chris Gethin, Director of Philanthropy at Cancer Research UK, said: “We are extremely grateful to James and everyone who has contributed to this generous donation in Charlotte’s memory. The overwhelming support the Go Fund Me page has received is a testament to the number of lives Charlotte has touched. Our thoughts are with James and all of Charlotte’s loved ones at this deeply sad time.

“One in two of us will have cancer in our lifetime and every step we take to beat cancer relies on vital donations. We’ve come a long way, but we still have a long way to go, and this donation will allow us to continue to make groundbreaking discoveries in the future to accelerate progress and improve. cancer survivor at 3 in 4 by 2034.”

Visit the Go Fund Me page to make a donation in Charlotte’s memory or go to https://www.cancerresearchuk.org/get-involved for more information on offering regular support.

Reminder: Victims of gun violence are scarred for life