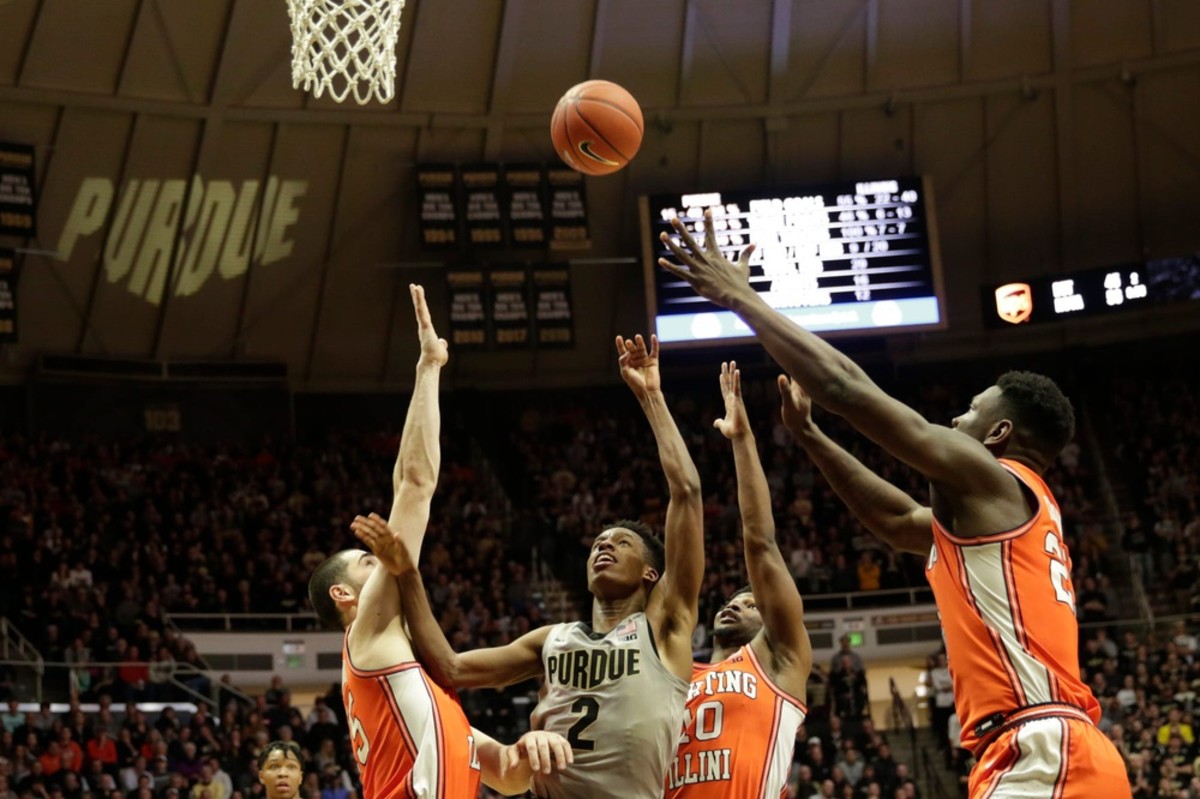 LIVE BLOG: Follow Tuesday’s game between No. 3 Purdue and No. 13 Illinois in real time; News and Analysis

WEST LAFAYETTE, Ind. –The No. 3 Purdue basketball battles for a shared spot atop the Big Ten standings when it ends against No. 13 Illinois on Tuesday night at Mackey Arena. A win would give the team their sixth straight and a season sweep of Fighting Illini.

The last time the two programs met, the Boilermakers came away with a 96-88 double-overtime win on the road. Purdue enters the game at 20-3 on the season and 9-3 in the conference, while Illinois is 17-5 and 10-2.

The Boilermakers are 9-2 under head coach Matt Painter at Mackey Arena against the Fighting Illini, having won seven of the last eight meetings. However, Illinois won the last meeting at West Lafayette, 79-62, on January 21, 2020.

Let’s get started, the most recent plays will be on top.

9:25 p.m. ET — Trevion Williams with his first foul of the game. He and Zach Edey each have one. Edey returns to the game for the Boilermakers to take on Kofi Cockburn.

9:24 p.m. ET — Illinois shoots a high percentage from the field to start the game, which includes a 3-point line.

9:46 p.m. ET — After making his first four shots to start the game, Trevion Williams arrives with a block on Kofi Cockburn under the basket.

9:14 p.m. ET — Jacob Grandison hits the first 3-pointer of the game. Purdue is yet to make a deep shot but has only one attempt.

9:13 p.m. ET — Zach Edey answered with the first runs for Purdue, but Kofi Cockburn scored again for Illinois on his second possession. The star junior is 2-2 from the floor to open the game.

9:12 p.m. ET — Purdue wins the tip and Jaden Ivey is unable to hit on a 3-point attempt. Illinois does a great job of preventing deep shots, so the Boilermakers will have to adjust accordingly.

At the other end of the field, Kofi Cockburn scores the first basket of the game.

PRE-MATCH — The starting five for Purdue remains the same Tuesday night against Illinois.

Become a member of the Boilermakers Country community!

Blog: Freestyle Skiing — Beginners and Veterans Team Up to Present “Acrobatics on Snow”