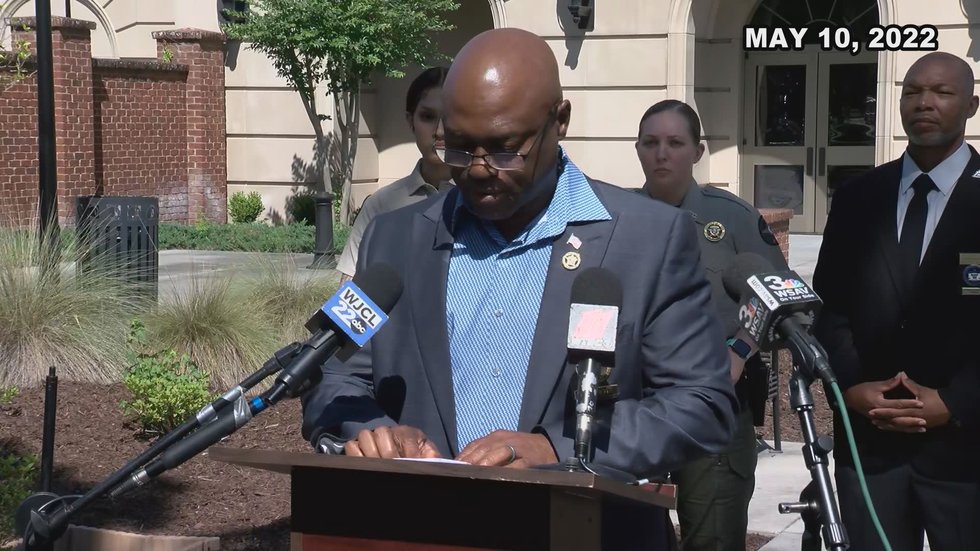 SAVANNAH, Ga. (WTOC) – Following some differences after Tuesday’s press conference, the WTOC spoke with the Liberty County Sheriff to seek clarification regarding the traffic stop of the bus containing student athletes from Delaware State University.

The WTOC has obtained new body camera footage from the search of the bus that took place on April 20.

At a news conference on Tuesday, the Liberty County sheriff said deputies did not search any of the student’s property. “No personal items on the bus, or anyone was searched,” Sheriff Bowman said.

On Wednesday, he said that statement was a mistake.

The video shows deputies searching the lower parts of the bus, which Sheriff Bowman calls protocol.

“If the dog alerts on the underside of the bus, we have the legal right to search that area,” Sheriff Bowman said.

The sheriff says he doesn’t think his deputies did anything wrong.

“No. But we could have done a lot better. We would like to get more feedback from the university and talk to more students,” Sheriff Bowman said.

He also went on to say this:

“We don’t want to be known as a county that condones racism, or practices racism, or has anything of that nature. This is something I will not defend, promote or allow,” Sheriff Bowman said.

Sheriff Bowman says his deputies will undergo more sensitive training in the future.

Sheriff Bowman says there is no specific timeline for the investigation, or when the results will be released, but they are working as quickly as possible.