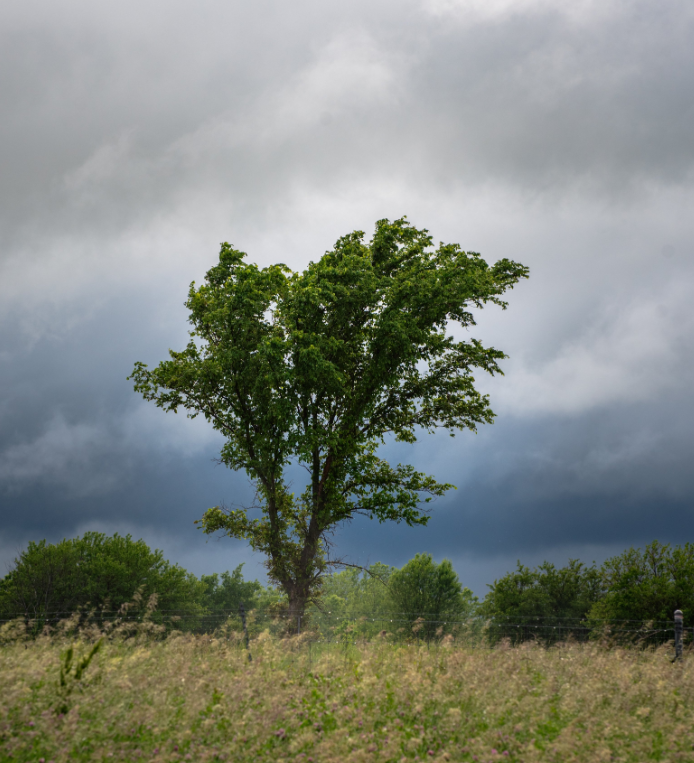 It’s a gorgeous Friday in the KC area after our multi-day storm system finally moved east far enough to allow the clearing to overtake the area. Skies will remain bright and sunny and with light winds… it’s going to be a spectacular evening in the region.

The bank holiday weekend forecast hasn’t really changed. As I was writing, there’s a little fly in the ointment I talked about last night on the air. I can’t rule out maybe a fleeting and quick shower or two before lunch tomorrow (Saturday). It may be nothing at all.. but I’m worried about the time of year (it wants to rain at the end of May) and how we pass the air masses of a pleasant air mass to a more sweltering air mass in about 12 hours. There is also a disturbance manifesting as well.

So I don’t want there to be any surprises tomorrow morning…hence my 20% chance.

Other than that, the next most common chance of rain is Tuesday. Will there be severe weather with this?

Today: Sunny and perfect with highs in the mid upper 70s

Tonight: Fairly clear and pleasant with lows in the upper 50s

Tomorrow: A small chance of some kind of shower in the morning. Clouds likely though. Then partly cloudy in the afternoon and becoming windy. Highs in the low to mid 80s. Gusts to 30 MPH.

Sunday and Monday: Windy and warmer with highs near 90 and winds blowing at 35 MPH or a little higher.

I’ve been told about the “oddness” of inclement weather here. Not just this year… but really over the past few years. We’ve been very lucky with tornadoes in particular. Yes there were some (more or less weak in the region).

The only tornado expected to emerge is the one west of KC…it’s the Linwood tornado.

We reach the 3rd anniversary of this tornado tomorrow (the 28th)

I wanted to bring this up because 2019 is the last time the entire metro area was under tornado watch at the same time. 3 years ago tomorrow. METRO’s latest large tornado watch.

To me, this is staggering and highlights the “strangeness” of severe weather in the region over the past few years.

See this area along the State Line…that’s us. Nothing so far).

How about last year.

This was the last Metro-wide tornado watch…

So I decided to go back and take a look at the number of tornado watch issues till today’s date…so far this year we’ve had a low 122 issues nationwide watches. 2015 had 213 until today. The lowest is the following year, 2016, when only 113 were issued through the end of May.

The fact that the Metro as a whole shunned these watches is quite remarkable.

Have a great holiday weekend…see you Tuesday.

Tedd Scofield has the star photo of the day… a happy tree in Spring Hill.

Thursday Blog: More rain and a glimpse of the road. -Doug