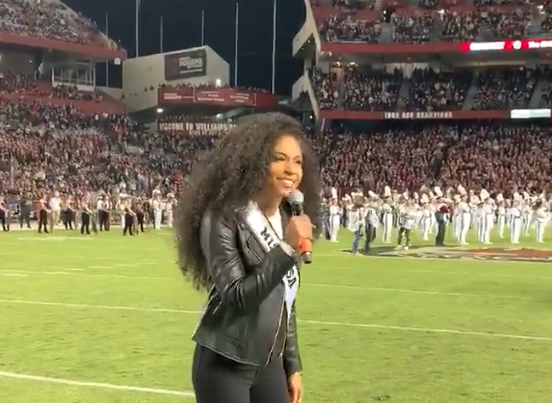 Cheslie Kryst, 30, died on Sunday after falling from a high-rise building in New York City. His death is being investigated as a suicide. Kryst won Miss USA in 2019 and graduated from the University of South Carolina with a business degree. Following: The New York Times, WISTV, The state

TSA and Horry County Police clash over mask rules. Horry County police officers working at the Myrtle Beach airport did not wear masks, saying they are exempt from federal transportation rules. But federal authorities say that is not true. The police chief reportedly said in a memo that “No one will care. Nobody Matters” about whether officers wear masks. Following: Myrtle Beach Sun News/The State

Orangeburg Confederate Monument Bill Approved by SC Senate. The SC Senate approved a bill allowing the city of Orangeburg to move a Confederate monument from Memorial Plaza to a Confederate cemetery. But the bill could face an uphill battle in the House. The State Heritage Act of 2000 requires local governments to obtain General Assembly approval to move or alter monuments honoring the Confederacy or other movements. Following: The Orangeburg Times & Democrat

A land preservation group secures 417 acres in Horry County. The iconic Venus Flytrap factory will have hundreds of acres to thrive after a recent land deal between state officials and New York’s Open Space Institute. Following: Post and courier

SC’s Harrison responds to DNC job departure rumours. As President Joe Biden sinks in the polls, tensions have arisen between the president and Democratic National Committee Chairman Jaime Harrison of South Carolina. Over the weekend, rumors surfaced that Harrison would leave his post, which were quickly dismissed by Harrison. Harrison went on to tout record fundraising levels for the DNC during the midterm cycle. Following: The state