February is here! Our weather model remains mild and… well… rather boring for meteorologists. A strong offshore high ridge remains in place for much of the first 10 days of the month as mentioned in the previous post. We are just getting weak systems passing above this ridge.

I’ve lived west of the Cascades in the Pacific Northwest most of my life and have always noticed that February is the month when “winter loses its grip”. By this I mean that we come out on the darkest/coldest days of winter, it often rains (a little) less. Average high temperature climbs from upper 40s to mid 50s

You may recall that new “30-year normals” came out in 2021. This means that when we talk about “normal” or “average” weather conditions, we are usually talking about the past 30 years. Well, the 1980s were dropped and the 2010s added. An interesting change is that March is now SLIGHTLY wetter than February. 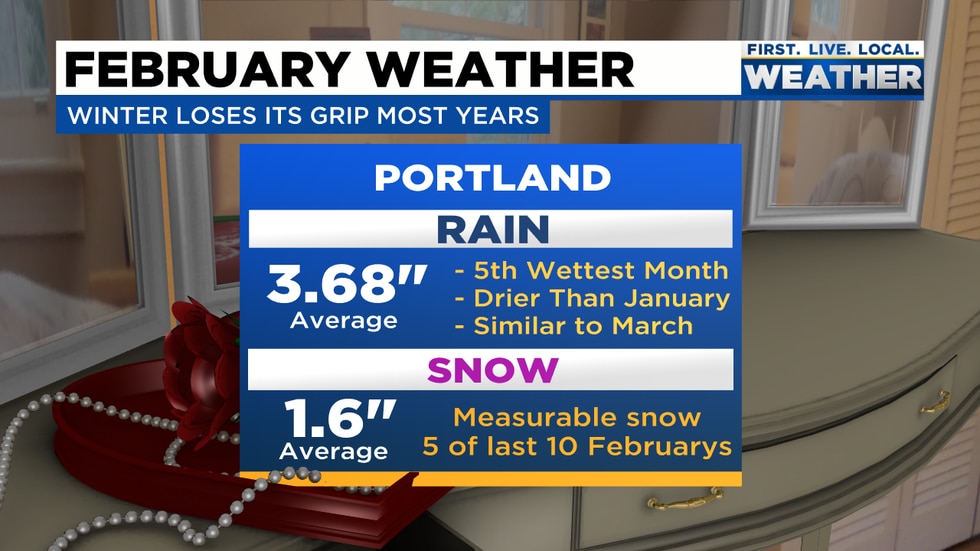 This month is averaging below the 5″ we typically see in January. But March now averages 3.97″ of precipitation (usually rain) in Portland. We’ve had very wet weather in March for the past decade to bump that number up a bit.

And this snow? I covered this in quite some detail in Sunday’s post, but most importantly we saw sticky snow in about 1/2 February recently. We all remember the mid-February blizzard of last year, right? Accompanied by an ice storm. This gave us the 2nd snowiest February on record in Portland 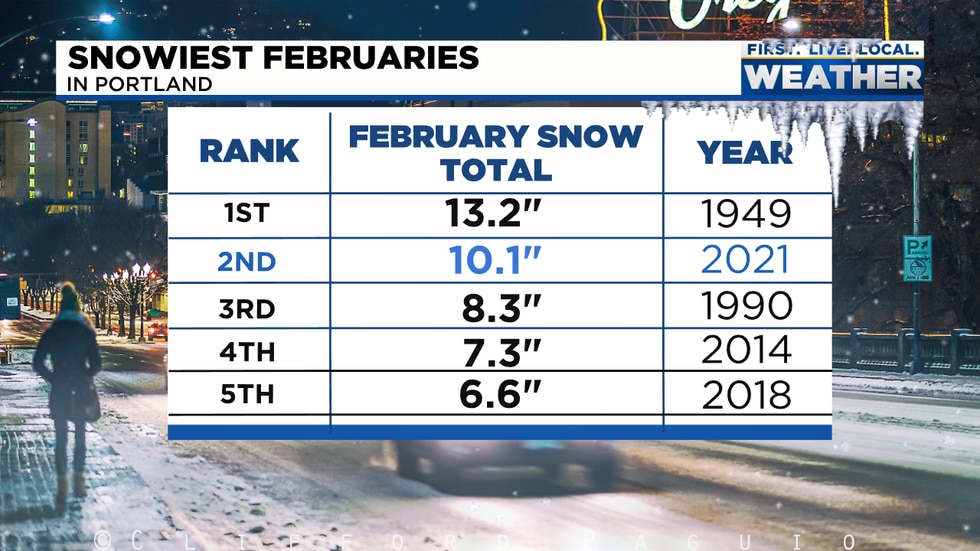 At the moment I don’t see a pattern for lowland snow or cold in the first third of the month (until the 10th). There are hints that there COULD be a change between the 11th and 13th, but at some point it appeared that it could be happening…right now!

That’s all for the moment. I’ll be on TV tonight at 10/11 p.m. and the rest of the week. Chief Meteorologist Mark Nelsen