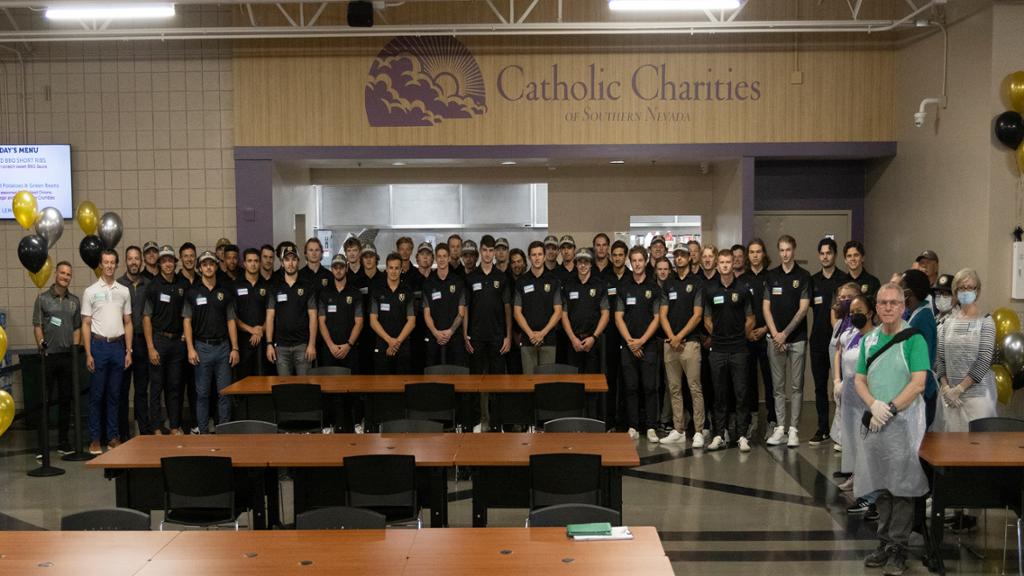 Later in the day, it was time for a trip to the T-Mobile Arena and the Dollar Loan Center. The guys were given a tour of both buildings, where they all hope to one day pop a Golden Knights or Silver Knights jersey.

They ended the evening by attending a Las Vegas Aviators baseball game at the Las Vegas Ballpark.

TOMORROW’S SCHEDULE
Fans are invited to attend two practices and a scrum tomorrow at the City National Arena. The white team will enter the ice at 9:15 a.m., while the red team will exit at 11:15 a.m. There will be a joint scrum at 3:15 p.m.

Tuesday headlines: Sharing the first image from the Webb Telescope