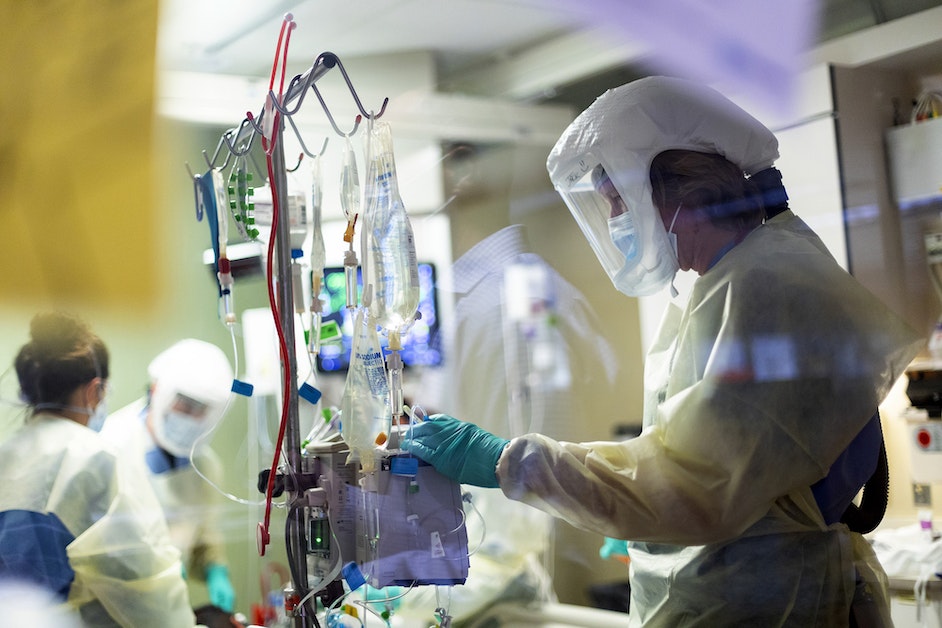 News updates on the coronavirus pandemic in Seattle and Washington State.

According to data from the King County and Washington State Departments of Health, as of Wednesday, January 19, 2021:

Overall, children seem to be more vaxxed than adults in King County

Clicking on the King County Health Department’s Covid Dashboard, I noticed that a higher percentage of young people are vaccinated than all King County residents.

As Americans scramble to get their free at-home Covid tests from the federal government, Washington State Attorney General Bob Ferguson’s office is urging Washingtonians to report any price hikes on test kits.

In a statement on Tuesday, the office said it had recently received complaints about Facebook ads in which sellers marketed home Covid tests for nearly triple the standard retail price.

In 2021, the Attorney General’s office responded to approximately 1,300 price gouging complaints. Also last year, a bill that would have made it illegal to inflate the prices of emergency services and goods during a state of emergency in Washington died in the Legislative Assembly.

Price gouging can be reported to the Attorney General’s Office through this online form, which also allows consumers to include photos and screenshots with their complaints.

Has Omicron peaked in Washington? May be.

The most recent statewide estimate is that 88,000 people are currently testing positive statewide. It’s one of the highest rates of the pandemic, but the surge may have slowed since then. Cases were down 20% in King County last week. Rates are still incredibly high, but we may be emerging from omicron’s worst grip.

The seven-day rolling average for hospitalizations is also starting to decline over the past week, but is still higher than it was during the previous statewide fall peak. It will be hard for hospitals for a few more weeks. There is no other way to say it.

It’s been a tough month for people who have lost loved ones to Covid. The death rate rose last week by 126% in King County. This means that four people die from the disease every day.

If we are not shrinking yet, we could be very soon. We get this prediction from the Institute for Health Metrics and Evaluation, based at the University of Washington.

Epidemiologist Ali H. Mokdad says the peak transmission of omicron will occur in almost all countries within the next two to three weeks. South Africa, the UK and even New York City have already declined in omicron cases. Our stats are starting to look like we may have passed our omicron peak in King County.

Order your free Covid tests via the Post Office.

Every household in the United States can order up to four tests, the rapid type. They will be sent via the US Postal Service starting in late January. Hopefully people will get their tests within seven to 12 days of submitting an order. We’ll see if that schedule stays on track.

Filling out the form takes 30 seconds. Note: If you live in an apartment, be sure to fill in the correct field, otherwise it could tell you that someone in your household has already ordered them.

You order the free Covid tests from the USPS.

There has been a lot of speculation about if and how the pandemic will end. But White House medical adviser Dr Anthony Fauci says Covid is likely to linger in our lives for years, potentially as a less severe strain.

Fauci’s comment came in the context that experts don’t know the exact future of the pandemic, but they can make guesses based on history, NPR reports.

“…if you look at the history of infectious diseases, we’ve only eradicated one infectious disease in humans, and that’s smallpox. That’s not going to happen with this virus,” Fauci said. at the recent Davos conference of the World Economic Forum. Agenda.

“But hopefully it will be at such a low level that it does not disrupt our normal social, economic and other interactions.”

Fauci further stated that it is unclear if the current spike in cases caused by Omicron (less lethal but much more contagious) will push the world in that direction. It is still possible that another dangerous variant will emerge.