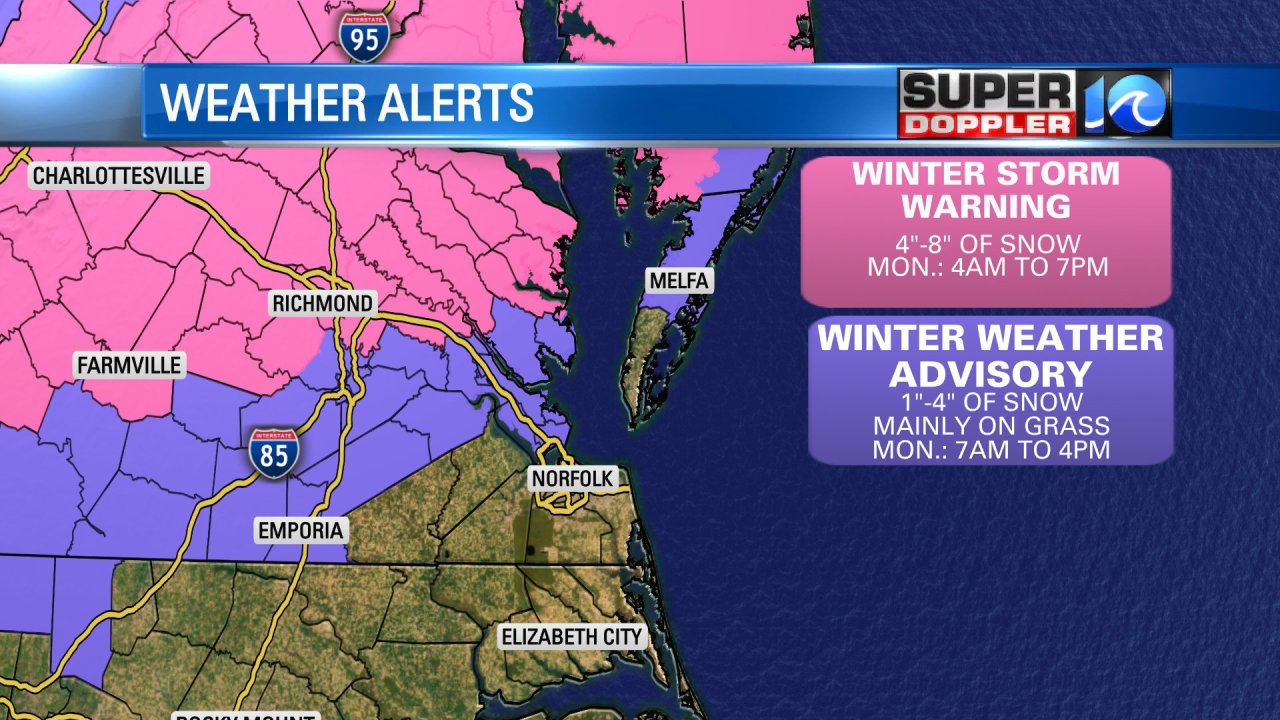 Blog: Rain, wind and much more; snow should start in the late morning / early afternoon

Waking up to heavy rains in the area as the New Year’s first major storm system takes shape. While many of us are excited about the potential of snow, we have other issues to deal with.

The large zone of low pressure which settles near the Carolinas will follow the limit of the stationary front and cross Hampton Roads. As a result, the cold air will stay well in our north throughout the morning, so it will only rain for our morning commute. Rain, with the possibility of a few thunderstorms! Believe it or not, there is a threat of a thunderstorm for parts of eastern North Carolina throughout the morning.

A Watch the tornado as issued for parts of eastern North Carolina until 11 a.m. This includes mainland Dare County and parts of the Outer Banks. Some strong thunderstorms are possible with a tornado or two.

The other big factor all morning… the winter wind. Wind gusts are already in excess of 40 mph in some places and will be present throughout the day. Power outages are signposted in parts of Hampton Roads so another issue to keep in mind.

As it will emerge from the northeast of the waterways, tidal flooding is likely around high tide in the morning, around 10 a.m. Flooding in low areas is expected, especially in combination with the potential for more than 2 inches of rain that we can see.

So what about the snow? The cold air will not arrive until later this morning, so we would expect the rain-snow mixture to start happening along the peninsula in the late morning and then move around noon, the rain- line. snow begins to approach parts of the south side.

So the best chance of seeing snow, as usual, will be in the north and west of the peninsula. While we would expect most of us to see snow mixed with rain, the buildups won’t be too impressive. Coating on grassy surfaces should do the trick, with higher amounts in the north and west.

As well…. it is cold. Really cold tonight. The wind won’t really reverse and the wind chill factors will be between teens and 20s. We will have to watch out for the threat of ice Tuesday morning.

There’s so much to unbox, so keep it here for updates all morning on air and on social media.

Stay dry and safe this morning!