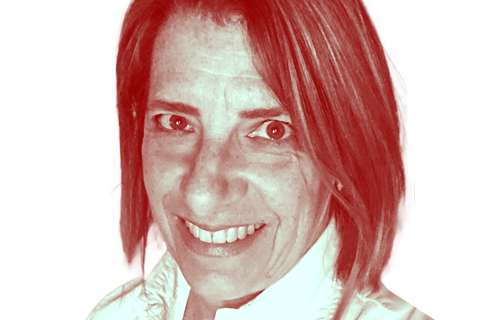 SWI swissinfo.ch is on the ground at the climate conference in Glasgow. Here is what is going on.

As the UK Presidency announced a first draft of a document it hopes countries will adhere to at the end of the week for further climate action, Environment Minister Simonetta Sommaruga told Swiss journalists on Tuesday evening that key positions in the negotiations were always “different”. .

The Swiss Federal Councilor arrived a day earlier than expected and met with her Rwandan counterpart, Jeanne D’Arc Mjawamariya, after COP26 President Alok Sharma appointed the two countries to negotiate an agreement to exit the crisis. deadlock on how often countries should update their carbon emission reduction commitments, called common timetables.

The two ministers will have to consolidate opposing camps, where some, including Switzerland and the European Union, say these should be updated every five years, while others, like China, would prefer revisions all ten years.

Similar pairings were selected on other issues that remained unanswered since the 2019 climate summit and that needed clarification, as concerns grow over growing scientific evidence and the real-time impacts of global warming, which is unfolding. is currently already between 1.1 ° C and 1.2 ° C. compared to pre-industrial levels. The Paris Agreement set a target of limiting the rise in temperatures to 1.5 ° C.

Other bilateral missions include Egypt and Sweden working on the issue of climate finance for developing countries, Norway and Singapore on carbon markets and offsetting, Denmark and Grenada on more ambitious efforts to carbon mitigation, Spain and the Maldives on adaptation and Jamaica and Luxembourg on loss and damage. , or whether and how rich polluters should support the victims of climate change.

Sommaruga said “there were a lot of elephants in many [negotiating] rooms ”and“ we only have a few days and hours left ”to come to an agreement.

She told SWI swissinfo.ch that despite the rejection of the CO2 law in a referendum earlier this year, the fact that Switzerland was chosen by the COP presidency to arbitrate on common deadlines, “ shows that Switzerland still has a lot of credibility and confidence. here, and that will not change anything with the referendum.

Earlier today, the delegation offered a presentation of the country’s pioneering carbon offset plans, such as the one piloted in Peru, at a side event, with the participation of the supermarket chain Coop.

It’s all about the money

As time is running out before the officially scheduled end of the UN climate summit on Friday, Swiss Environment Minister Simonetta Sommaruga has arrived in Glasgow a day earlier than expected. “The negotiations are at an important moment right now. This is why the ministers now intervene directly, ”tweeted the Federal Councilor, adding:“ At COP26, I commit to clear rules that apply to everyone.

The second week started with delegates reflecting on the long-debated issue of financing adaptation for developing countries and financial compensation for the most vulnerable communities resulting from loss and damage from climate change.

Both issues have long been sticking points in climate negotiations and are intertwined with the broader issue of climate finance from north to south, which has yet to reach its target of $ 100 billion per year, fixed in 2009.

Discussions on these issues, which small island states and other countries on the frontlines of climate change deem vital, continued on Tuesday. Aid organizations, which have strengthened their presence and voice in Glasgow, have added to calls for more international funding for adaptation.

This morning, a group of humanitarian organizations, including the Geneva-based United Nations Refugee Agency (UNHCR), warned that the sector had “reached its limits” and that without adequate funding arriving early and going to the communities, it would collapse.

Hans Joerg Strohmeyer, head of policy development at the United Nations Office for the Coordination of Humanitarian Affairs (OCHA), pointed out that of the 15 countries most affected by climate change in the world, 12 are already receiving humanitarian aid .

The World Health Organization has meanwhile announced a partnership with the UK government and the United Nations Framework Conference on Climate Change, which is leading discussions here, to develop climate-resilient, low-emission health systems. of carbon.

A day after delegates to the UN climate summit were given an official day of rest, with the conference venue remaining closed, the last week of what some have called the “last ditch” talks, a resumed Monday. Officials, civil society advocates and journalists rushed to the sprawling Clyde River location to get back to work.

The early days of the meeting saw a series of major announcements by country groups, including a pact to reduce deforestation, methane and coal production, as well as new net zero commitments by major transmitters. But the real work of negotiators to clarify possible procedures not defined in the Paris Agreement is still far from over.

Discussions continue on the rules of global carbon markets, or carbon offsetting by rich countries, and the pressure is increasing for real results as well as greater ambition. Some participants are calling for more regular updates of the two-year carbon reduction commitments, as opposed to the five years that the EU and Switzerland agree to.

With the theme of Monday’s conference being adaptation and loss and damage, indigenous leaders and small island states on the front lines hope to be heard and not drowned out by an expected speech from former US President Barack Obama.

Some 100,000 protesters who filled the city center on Saturday are hoping negotiators will deliver and resolve key details that set the guidelines for the Treaty of Paris. After annual talks were delayed for a year due to the pandemic, 2030, the year many scientists see as a tipping point for aggressive climate action, is now even closer. A recent report by the Geneva-based Intergovernmental Panel on Climate Change said the critical warming threshold of 1.5 ° C is expected over the next 20 years.