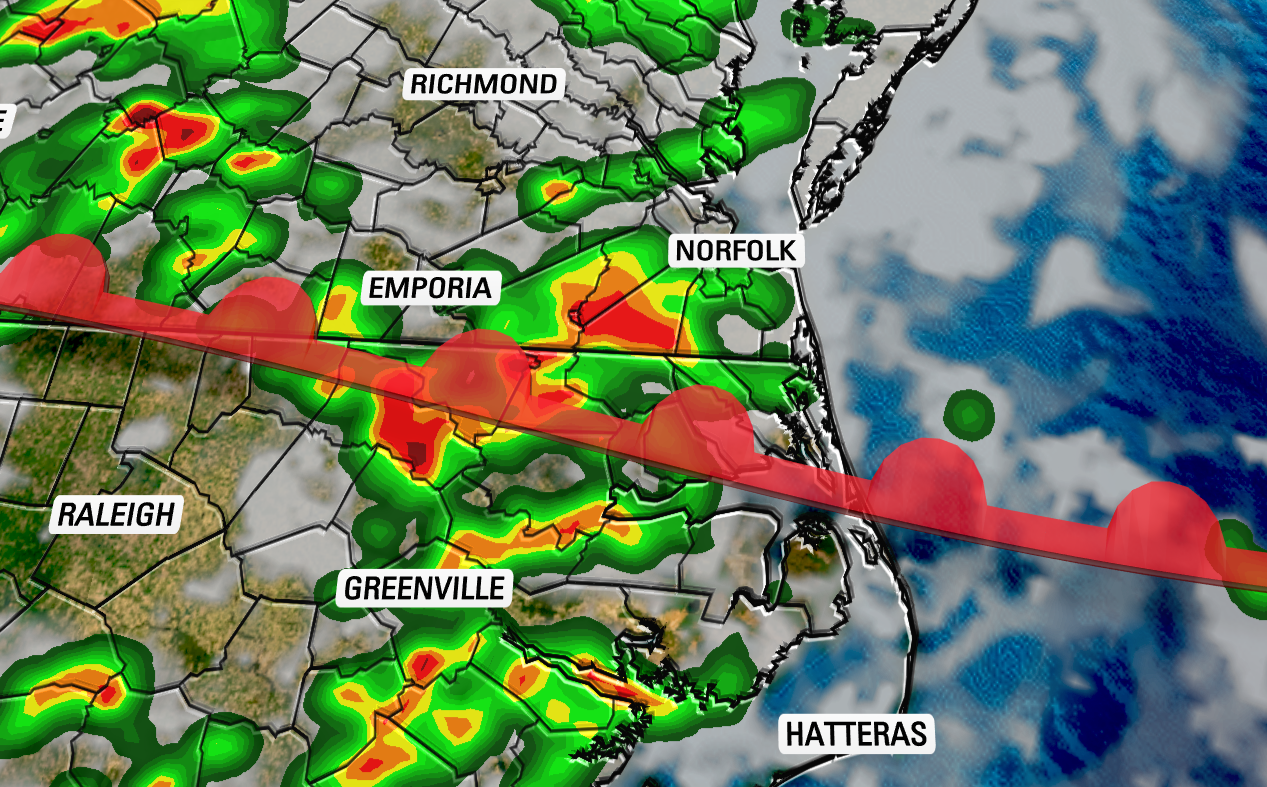 Afternoon rain could be heavy in places

On Sunday we will see cloud build up throughout the day as a warm front moves in to the north. This front will be the trigger for some showers and thunderstorms this afternoon – some of which could have heavy rain.

The most likely location for any flooding issues is inside the roads of Hampton and parts of northeastern North Carolina where a Level 2 flood risk exists.

The humidity won’t be too bad on Sunday, but will increase quickly on Monday and throughout the work week. This means that the heat index will also increase, which will have it looking over 100 by Tuesday.

In other weather news this morning, check out this stunning view of a waterspout in southern OBX on Saturday. This waterspout formed in Ocracoke around 6 p.m. according to folks at the Harbor Inn. At one time, there were actually TWO waterspouts! I’ve seen quite a few photos of the shared waterspouts, but I’d like to see more. If you have any, send them to us at [email protected] or tweet them to me!

I hope you are having a good weekend!
Meteorologist Ricky Matthews